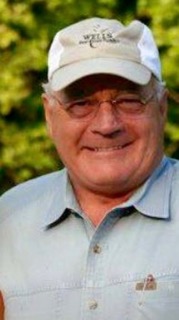 So whether you eat or drink or whatever you do, do it all for the glory of God. -1 Corinthians 10:31

Just think, three years ago, I didn’t know one thing about potatoes. For all I knew, they grew in little strips in the pantry at McDonald’s. But, after only a few years of patient instruction from Doug Sharp and Bill Horn, I now think of myself as one of the most knowledgeable spud experts on Riverhill Drive.

Yes after hundreds of hours of intensive practice, I can now plow an almost-straight row of sweet-potato slips, or even pick the harvest off the ground and put in boxes with erudite skill. Fortunately, there’s a number of other highly trained devotees with whom Doug & Bill share their inspiration and perspiration.

Other than turning all the volunteers into virtual potato Wikipedias, the Cleveland County Potato Project has other accomplishments. Hundreds of thousands of pounds of tubers have made their way, free of charge, to the tables of those who really needed them in Cleveland and surrounding counties. Because of the creative efforts of Doug and Bill, and their energy and direction, healthy, hearty food has been created out of the soil of Cleveland County.

It’s hard work that brings a real sense of gratitude and gratification to the volunteers. Sometimes, it provides wages for those who want a bit of work…but the main thing is the abundant bounty of God’s Grace in the form of a potato at meal time. Isn’t it amazing how God’s love can reveal itself in so many forms?

I’m grateful for the Cleveland County Potato Project and so proud to be a minor worker-bee. Why not come out and join in the fun… Spring training is just around the corner!!! 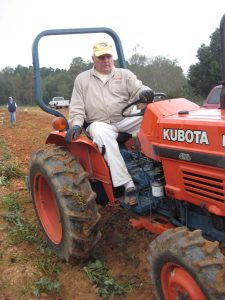 11:00 a.m. — One week delay broadcast locally of both services on Spectrum Cable Channel 9