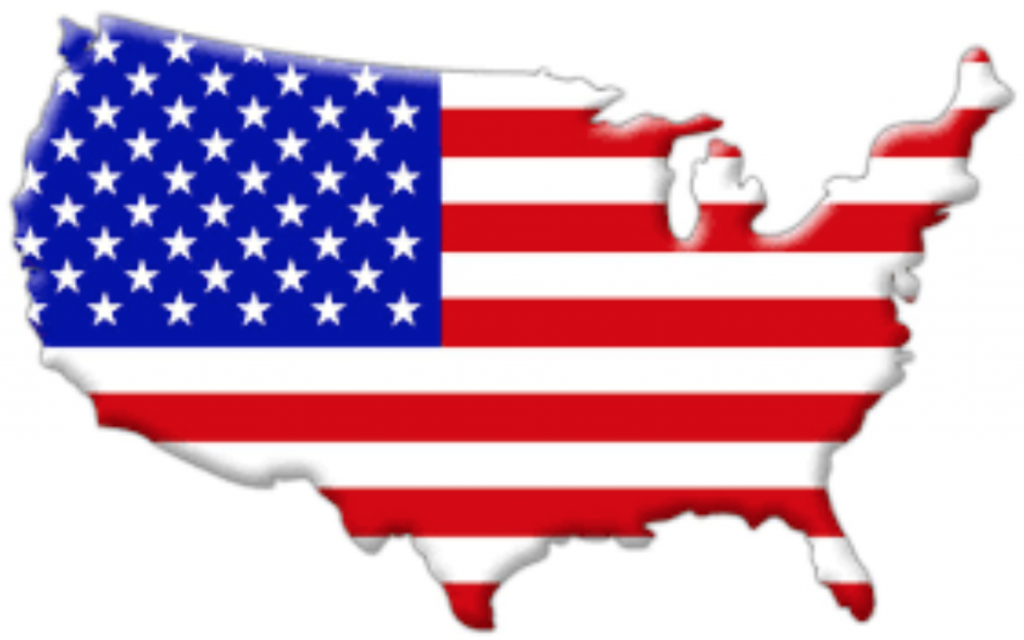 On the birthday of our nation we proudly sing, “Vespucia, Vespucia, God shed his grace on Thee…” Wait, what? Of course that’s not right, we sing of “America!” But, it could have been Vespucia. Either way, I am glad our continent carries this name!

Two hundred and forty-three years ago today, the signers of the Declaration of Independence, titled their document this way: “The unanimous declaration of the thirteen united States of America.” It has been observed that this Declaration was more like a “press release” since the Lee Resolution, passed on July 2, 1776, was the actual assertion that we would become a new country. And throughout these 243 years, when “America” is said, it is our nation that comes to mind.

But why that name? We all remember how Christopher Columbus is famously credited with the discovery of the new world (Of course he discovered this for the Euro-Asian-Africa world to know about, the people who lived here already knew there was a great land established beneath their feet.) “In 1492, Columbus sailed the ocean blue,” right? But, where did Columbus “think” he was when he came ashore on the Bahamas? He thought he was in Asia. He believed you could sail to the west and end up in Asia. So, convinced of his understanding he declared himself “arrived” at his destination, Asia. He called it the “Indies” and he died believing he had found the westward passage to Asia. Which is why it is a good thing that we are not the United States of Columbia, named after him, since he simply settled for what he thought he knew.

In 1499 and 1501, another European explorer did not settle for what everyone assumed to be the “end of the story.” This explorer believed there was more to come if you simply keep searching! His name was Amerigo Vespuci and he is the one credited for discovering for the Euro-Asian-African world that there is a great continent (or two) between Europe and Asia. Vespuci explored the South American coastline with the cartographical descriptions of the Asian coastline recorded by Marco Polo. He could tell this was a different place from what Polo described. He studied the stars and observed that the farther south he traveled the constellations in sky were not the same as could be observed in Europe. He traveled to the tip of the continent and concluded there’s no way this is Asia! This “new world” is a continent all its own.

Within a few years of this “discovery” a German clergyman and cartographer published a series of books celebrating God’s creation of the earth and in them he published maps of the world. In the area we know today as Brazil, and in honor of Vespuci’s exploration, he wrote the name “America” (the feminine form of Vespuci’s first name). Later on he thought the continent might carry a different name but the sale of his books and maps was so successful that the name “America” stuck!

I am thankful, therefore, to live on a continent named for the guy who wouldn’t settle for what everyone “thought” was all there was. He didn’t settle by thinking he knew it all. Rather, our continent and country are named after a fellow who believed there is more to come.

Which brings me to think about the church in America, and more specifically, our church in America. There are many negative predictions about the future of the church in America today. Too much hope has been lost. Perhaps some think of our own church that we are past the heyday of our existence. But, “hey” folks this is the “day” to remember we are the church in “AMERICA” — the place named for a guy that believed there is more to come — more than anyone of us has ever been able to see!

That is certainly the way Paul writes it in the New Testament:

Now to him who by the power at work within us is able to accomplish abundantly far more than all we can ask or imagine,  to him be glory in the church and in Christ Jesus to all generations, forever and ever. Amen.

In those verses, Paul shares a promise of God’s presence but therein is also a description of our path forward. Like Amerigo Vespuci who:

So it is for the church, our church, as we continue to follow Jesus into the realities of the Kingdom of God he desires us to enter. We are searching for new pastoral leadership and our search committee is prayerfully and diligently about their task. What do we do in the meantime? We keep focused on the path that Paul declared:

Yes, not only do we live on a continent named for a man who believed there was more to come but we also follow the Son of God who specifically declared there is more to come — don’t settle for what you have always thought was the heyday — don’t settle with feeling good about where you have been — but realize there is so much more to come in God’s kingdom work. Jesus said it like this:

Very truly, I tell you, the one who believes in me will also do the works that I do and, in fact, will do greater works than these, because I am going to the Father.

Thus, today, on our nation’s “birthday,” we joyfully sing, “Vespucia, Vespucia, God shed his grace on Thee…” Wait, no, it’s “America” — that’s the name that stuck! We are named for the one who could see there’s more to come! And, as we continue to follow Jesus and his mighty power is at work in us, his name will be the name that sticks in the minds of those we encounter. Believers were first called “Christians” or “Christ-ones” in Antioch (Acts 11). Why? Because the presence of Jesus was obvious in and through them — so his name “stuck” on them! May it be so for our church as we press ahead in hope and conviction that there is so much more in store for us as we surrender to Jesus’ direction!