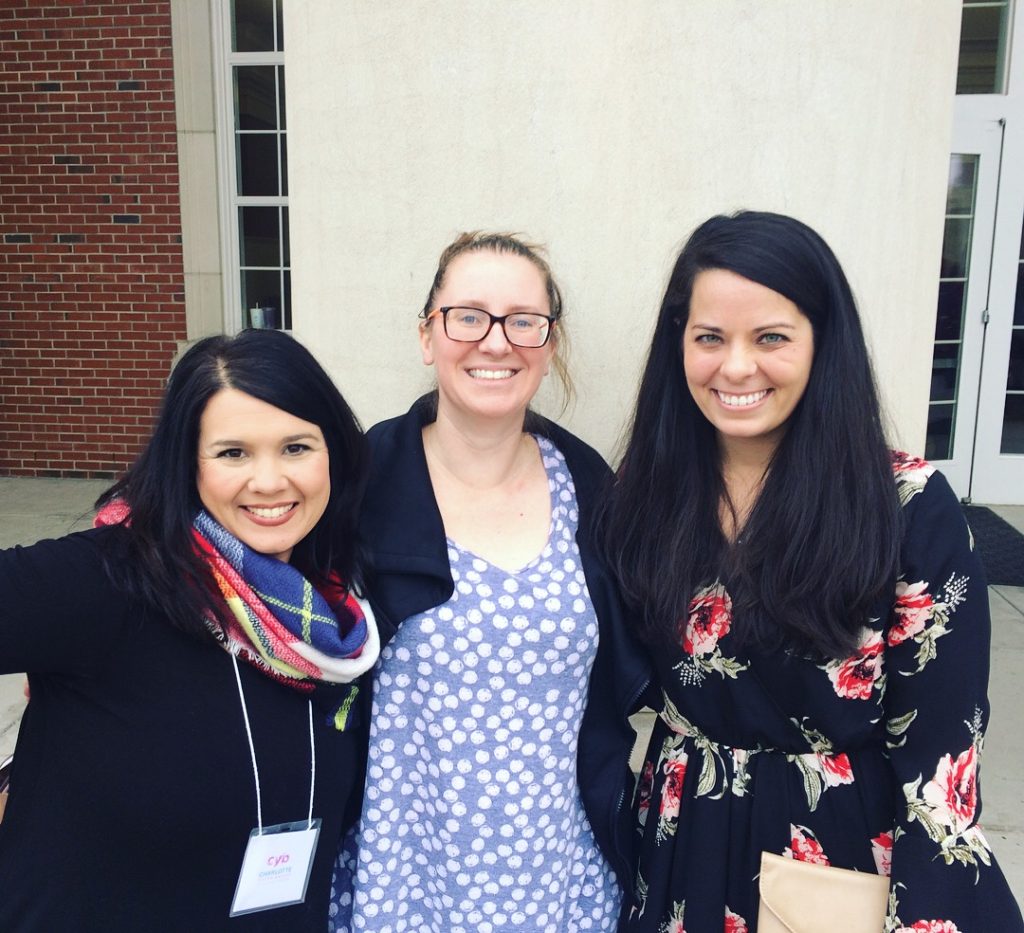 I have been a football coach’s wife for almost six years now.  Let me let you in on a little secret: the coaching life is NOT glamorous.  It is a year-round job with training season, football season, and recruiting season. As a wife, it can often be lonely for me with a husband who is on the road and puts in a TON of hours.  We deal with a lot of uncertainty, especially during the hiring/firing season, which is what we call the Coaching Carousel.

When Brett and I got married in 2012, I moved from where I lived in Cary, NC to Greer, SC since he was a coach at North Greenville University.  We lived in an apartment about 20 minutes from campus.  I have worked from home since we got married, so I didn’t get out much. While we went to a great church, we didn’t get involved in the life of our church.  Why risk laying down roots and digging deep into community when every winter, there is the possibility of moving? I mean, I had my fellow coaches’ wives that I saw during games. That was enough right?

Less than ten months after we got married, Brett got a job at Gardner-Webb.  We packed up our apartment that I was just getting settled into and moved 50 miles up the road to Boiling Springs.  This quick moved seemed to confirm the fact that getting active in our church and digging in wasn’t worth it.  I didn’t realize until we came to FBC Shelby how wrong I was. 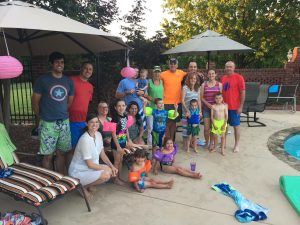 Community building at the Graves’ Home

We quickly found ourselves in the young married couples class facilitated by Dana and Katie Graves.  At the beginning, I was hesitant to speak up, for fear of being known and being vulnerable.  The makeup of our class changed that.  Our class is filled with people from all different backgrounds: Catholic, Lutheran, Christ-followers from early on in life, new believers, no kids, parents with young kids, and then some parents of high schoolers.  The difference in our backgrounds always leads to some GREAT conversations.

Can you say “Lunch After Church at MiPubs?”

In 2013, we were one of the few that didn’t have kids.  That changed in 2015, when our Henry came along (I know a lot of you now know who I am because you know our rather rambunctious and wide-open son). Our Sunday School class became a source of wisdom and strength for us as a new family, but specifically me as a mom who has a husband on the road a lot.

No longer was I able to hide myself in the back of the sanctuary and sit quietly in class.  I needed advice and sometimes an ear to listen to parenting woes about my strong-willed son. I needed prayers for strength and patience, Lord do I need patience, as I would go through the football season and recruiting season as a “single” parent. I needed people I could text. I covet the Facebook Messenger group our Sunday School class has. 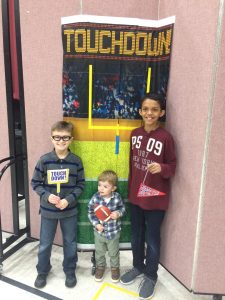 Henry with his Pals at the Souper Bowl of Caring

As Henry got older, we became more active in the FBC Shelby Children’s ministry.  We come to dinner every Wednesday night.  When I tell Henry we are going to church, he lists off all the friends he is going to see (most of whom are years older than him).  If Henry doesn’t feel like going that day, all I have to tell him is that he is going to see his teacher Mr. Matt.  The tears stop and he is out the door waiting by my car. Henry is by far the youngest in HeartSongs, but Jennifer gladly teaches him the songs so he can sing (and dance) in the sanctuary when the kids perform. Henry has made so many special memories like snow tubing, making Advent wreaths, and dancing to Rudolph sung so eloquently by our church staff this past Christmas. I am not saying this lightly: my son LOVES Miss Missy and our FBC Shelby Children’s ministry. Something about seeing your boy light up when he is at church and tell you what he’s learning about Jesus just warms a mama’s heart.

As my dad went through a tough time with his health last year, I KNEW he and my family had the prayers of Pastor Tony, Missy, and our Sunday School class.  Cards were sent to my parents.  Prayers were lifted up. Special encouragement packages were left at my door so I would know I wasn’t alone.

Brett is being hired as the head coach at his high school in Shallotte, NC.  It is one of his dream jobs. God lined everything up this time for it to work out. All of the sudden, I am left with tears of joy and heartache.  Joy that Brett will have a job he is passionate about and that we get to be near family. Heartache because we will be moving away from our other family: our FBC Shelby church family.  As I’m writing this, I have tears rolling down my face. This church has really become that for me. Family.

We have shared the joys of new birth and the sadness of a child that is lost too early.  We have welcomed some of our precious sons and daughters into the kingdom of God (more tears now).  My life has been enriched and forever changed by this family of God.

God is doing something special at FBC Shelby. Do not be like me in 2013 and watch from the outside. Become active in your Sunday School class.  Help out with the youth or children’s ministry and be a part of a child coming to Jesus.  Serve on a team or committee.  That is where you meet people you normally wouldn’t know.   The heartache that I am feeling about moving away from this family pales in comparison to joy I feel when I think about the past five years of serving and being part of community here at FBC Shelby. Don’t let fear stop you from being an active part of the Body of Christ.  Allow God to use you in the life of other people. You will see His blessings overflow.

Go ahead. Be vulnerable. Be known. Dig in. 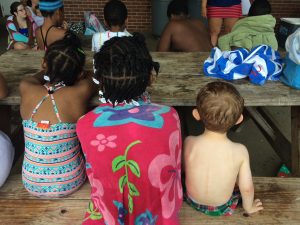 Henry and friends at the Ruby Hunt YMCA