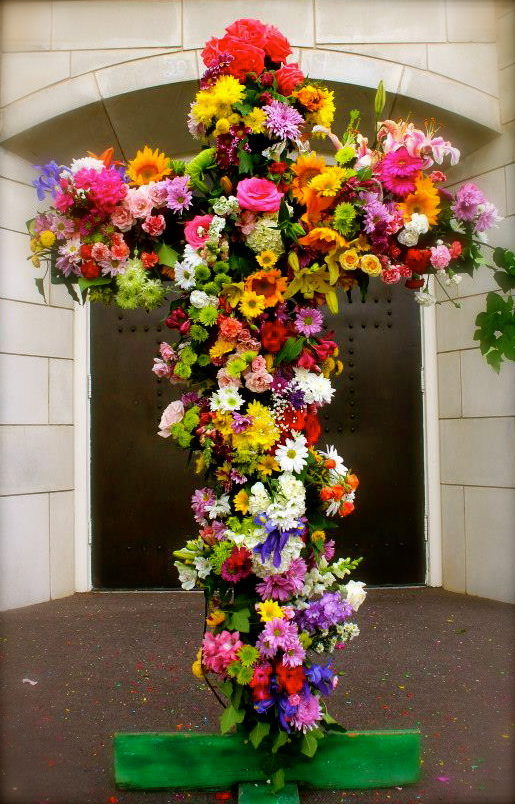 April Fools’ Day is the first day of April and it is often a day for fun pranks we pull on one another.

April 1st is also a day when my heart declares, with faith, that the greatest of April Fools is death itself along with the kingdoms of this world.

Right before we moved to Shelby in June of 1998, my father passed away. He died on March 28 and his funeral was on April 1. That year, Easter Sunday was in the next week following the funeral and on that day I stood with my Mom in the cemetery where Daddy is buried for a sunrise service in the last dark hours of the morning. It was there that we declared, as we had done at the funeral, that death’s sting is overcome by the resurrection power of God!  It was there that we remembered the promise of scripture that by faith in Jesus we “lay up treasure for ourselves as a firm foundation for the coming age, so that we may take hold of the life that is truly life“ (1 Timothy 6:19).  The April Fools’ joke that year was on death because we knew, and still do, that  Jesus is the resurrection and the life!

“Maundy” means “command” and Maundy Thursday remembers Jesus’s command to wash one another’s feet as servants. Jesus gave this command as he prepared to hold up bread and wine to remind us of his body and blood given for us on the cross. So it is, that on this Maundy Thursday, as Jesus lifts the cup and breaks the bread, he says to death and evil, “you are the April Fools for believing you could defeat the kingdom of God!”

This Sunday we will celebrate this good news with great joy as our hearts declare anew our praise to the Risen Lord! Join in the common declaration as you bring a flower to the Flower Cross that will be on the Lafayette Street lawn at the church beginning at 11:00 AM this Easter. It will be a great opportunity for you to take a picture of yourself or your family with the cross and share it with others as you #testifythewhy and declare to everyone you know — “We’re not fooling around — We follow the Risen Lord!”